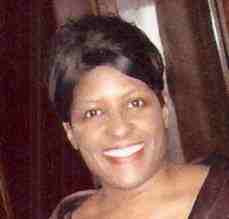 Vera Brooks was the co-founder and Executive Director of Chicago ScriptWorks (CSW), a not-for-profit organization dedicated to producing a series of staged screenplay readings, created to provide a public forum for new works and fresh voices.  From 2003 to 2011, Chicago ScriptWorks  produced over 30 staged readings.   Vera holds a Liberal Arts Degree from the University of Illinois at Chicago.  She also has a Certificate in Screenwriting from the UCLA Professional Screenwriting Program.

Vera has seven screenplays to her credit:

1) Brother’s Keeper: The lives of four brothers raised by their mother and paternal grandmother are explored from boys to adulthood. We see their struggles with peer pressure, sibling rivalry and death.

2) The Other Side of the Pond: A British soul singer leaves the U.K   for the  U.S. to escape his past and pursue dreams of fame and fortune.

3) Inspector 19: Heiress Regina Longstreet, takes an internship at the fashion house of her favorite designer, but soon learns the clothes are made by children in China. She reluctantly agrees to help expose her hero, but the cost of her failing could be fatal.

4) A Fractured Fairytale: Penny Anderson is a high school senior with dreams of becoming a teacher, but she meets and falls in love with Alex. Penny defies her parents and marries her Prince Charming, but discovers that he's really a troubled young man that could jeopardize her future.

5) The Storm Within: Set in Chicago during the Blizzard of 1967, Lorraine Peterson's quiet home is turned upside down when seven guests are stuck at her place for the next four days. One of the guests is her brother, who she hasn't spoken to in over two years. Lorraine reluctantly faces both her brother and her biggest fears in this tale of faith and and forgiveness.

Watch the video of a recent crowdsourcing campaign for this project.  Investors are encouraged to contact Vera for more info.
6) Immunity:  Five undocumented immigrants agree to take part in an experimental microchip embedding procedure in return for citizenship, only to discover that the experiment has a far more nefarious purpose.
​
Immunity was an official selection and finalist in the  2017 Oaxaca Film Festival for Original Concept Feature Screenplay.
Use the link below to watch the screenplay reading from 2017.
https://youtu.be/J9EwKVHpE-E

7) Acts Of The Soul: After career damaging publicity, Hollywood Superstar Karen Lawson goes back to her Midwestern roots to strategize a comeback, but experiences a personal breakthrough instead.
This Christian musical features the making of a stage musical within the story, featuring original songs.from an original stage musical, The Rise And Fall of David Rey, a modern day reimagining of the Story of David-- also written by Vera.  Below is a link to  one of the songs.
​https://soundcloud.com/user-564157056-155278962/good-to-be-alive-final-with-bvs